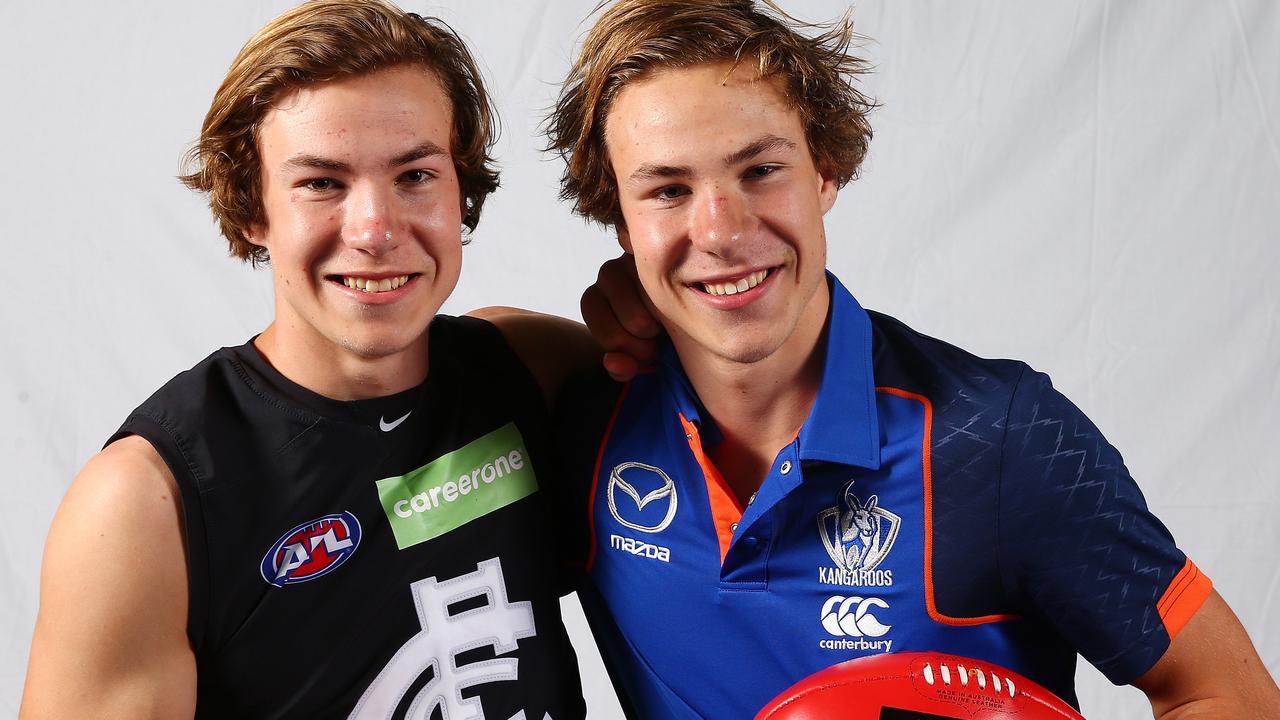 Twin brothers Ben and Harry McKay will “definitely” play on each other when North Melbourne and Carlton clash on Saturday, the first time they will confront each other on an AFL field.

Harry is the Coleman Medal leader, having kicked 52 goals for Carlton this season, and his brother Ben is enjoying a breakout season as a crucial key defender for the Kangaroos.

Both were drafted in 2015 but have never played each other at AFL level.

They have traded barbs this year too, Ben declaring he wouldn’t play on his brother when the teams met because “I normally take the best forward so probably Levi (Casboult)”.

Harry hit back, declaring he could “sew up the Coleman” if Ben was his opponent.

But Kangaroos coach David Noble said it couldn’t be avoided that the pair would spend time going head-to-head at Marvel Stadium, with All-Australian Robbie Tarrant also likely to line up on the Carlton spearhead.

“It’s one of the scenarios, isn’t it? We’ve got a couple of good defenders down there. There will definitely be a time where they are on each other, there’s no escaping that,” Noble said on Thursday.

“Whether or not we’ll set the brothers for each other, we are yet to determine. The way our defence moves sometimes, you need flexibility to cover different roles. But there will be a point in time when they are playing on one another.”

When he signed a new mega-deal to stay at the Blues, Harry said there was never a sense of wanting to join his brother because their combative nature could prove problematic.

Noble, a father of twin boys himself – Collingwood’s John and his brother Mark are identical twins, conceded that could come out on Saturday.

“I totally understand the connection the twins have and the combative nature they have.” he said.

“But (for Ben) it’s more around preparing to play on different types of forwards, how they access their ball. Harry has a certain style that he moves with.

“The preparation is more in the type of forward rather than playing on his brother.”

Noble said “I hope so” when asked if Ben could provide crucial insights into stopping Harry, who kicked four last quarter goals against Collingwood last week to lift Carlton to victory.

“As you are growing up you see their games intimately,” he said.

“They have developed within different clubs and at different ends of the ground. But, yeah, you would like to think there is some understanding of each other from both sides.