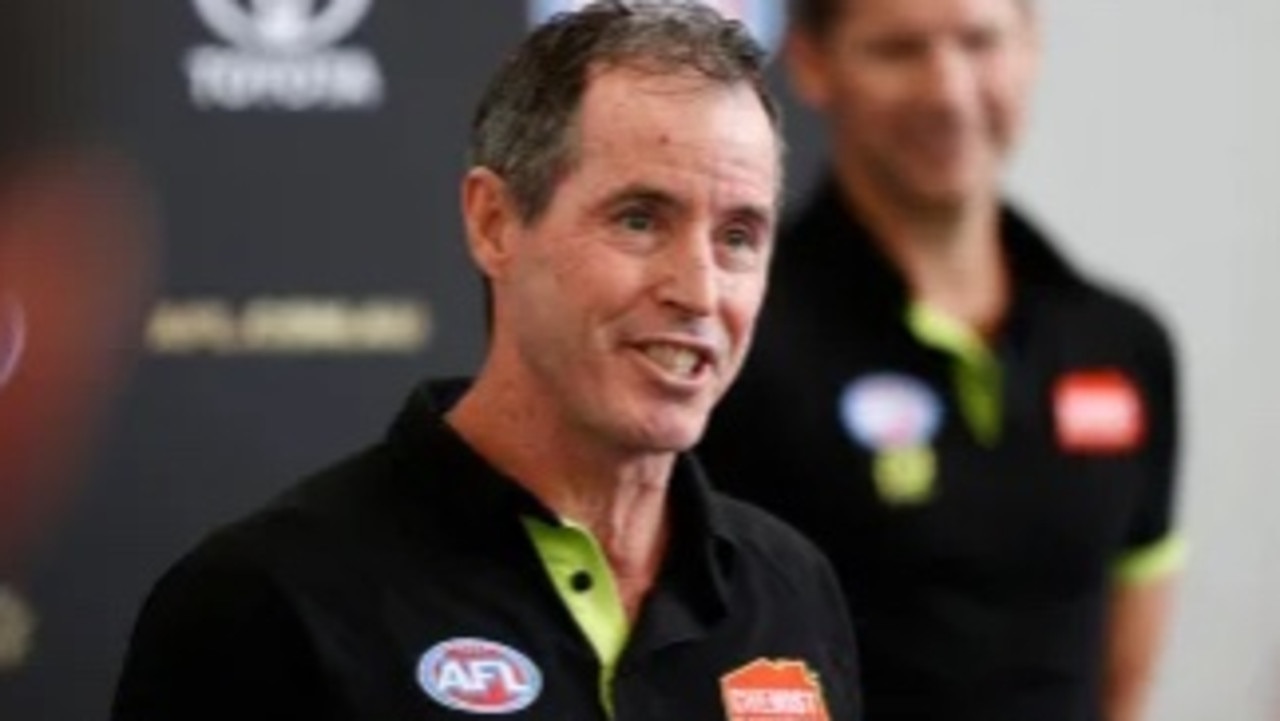 AFL Umpires Head Coach Hayden Kennedy has resigned from his role effective immediately, with the umpiring veteran “exhausted” after more than half a decade in the role.

Kennedy, who has been in the role since 2014, informed the umpiring team on Tuesday night he had decided to resign.

The 55-year-old made his VFL / AFL umpiring debut in 1988 and officiated 495 games, including five grand finals.

After retiring in 2011, Kennedy was an umpiring assistant coach before being appointed head coach in 2014.

“He’s been the umpires boss since 2014 – my information is he’s been worn down by the role, he’s just exhausted,” foxfooty.com.au senior reporter Tom Morris told Fox Sports News.

It’s not yet clear who Kennedy’s replacement will be.

Confirming the news on Tuesday night, AFL football operations boss Steve Hocking said the loss of Kennedy was “disappointing” given his place in the game, but paid tribute to his achievements.

“On behalf of the AFL and wider football and umpiring community, I‘d like to thank Hayden for his significant contribution to the game,” he said.

“Hayden’s expertise, passion, tenacity and professionalism has been a tremendous asset to both the AFL and the umpiring group.

“Over the course of his time in umpiring, Hayden has contributed to the progress of Australian Football through the implementation of a team first approach to umpiring which is now prevalent at all levels of the game.

“It not only important to acknowledge his contribution at the elite level, it is equally noteworthy to highlight his unrecognised support of community and state league umpires and their coaches, always generously giving his time to promote umpiring in any way that he can.

“While it‘s disappointing to lose someone of Hayden’s calibre, we wish him all the best as he embarks on the next stage of his career.”

In a statement, Kennedy thanked the league for the support provided to him over the years.

“I would like to thank the AFL for the experiences and the opportunities that has been provided to me throughout my time in football,” he said.

“I consider myself to have been extremely fortunate to have experienced what I have in this extraordinary game.

“As a coach, I have not taken the job lightly and I sincerely hope I have contributed in a positive manner to make our game the best game it can be.”