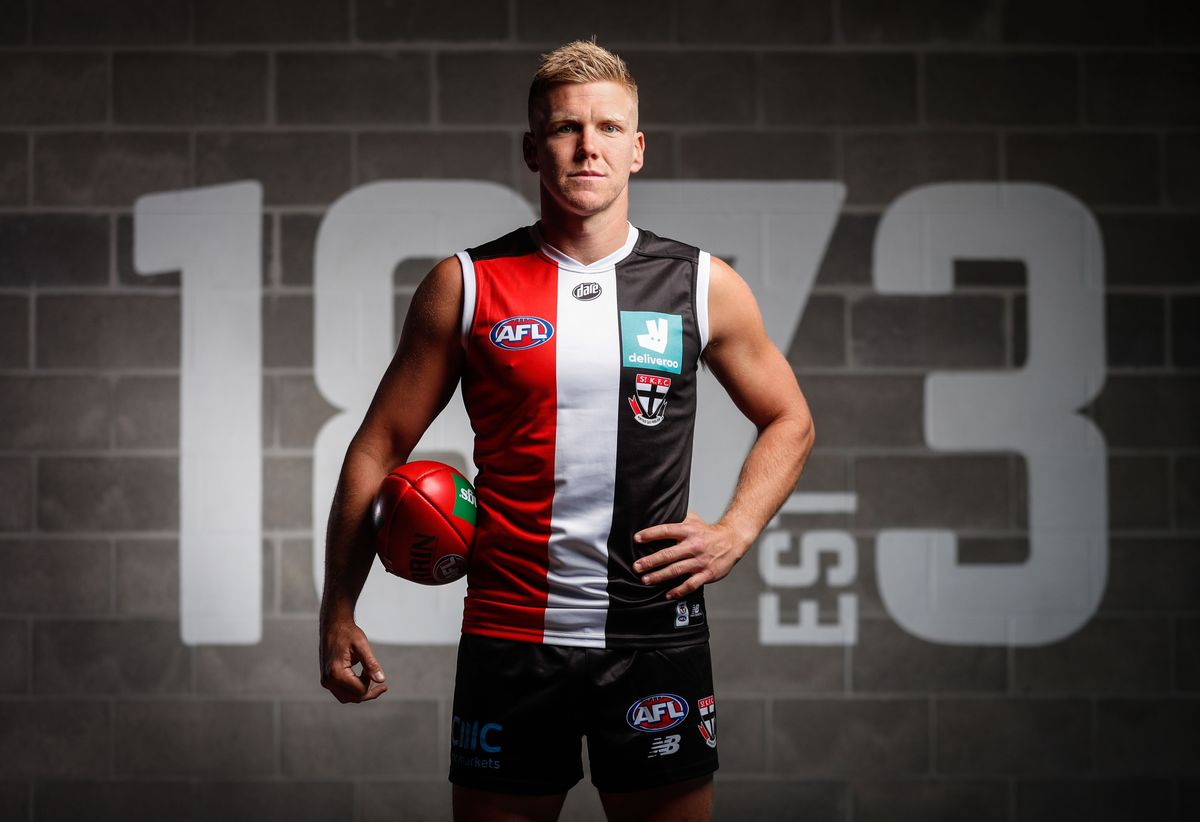 ST KILDA ruckman Rowan Marshall has been given the green light to tackle Nic Naitanui and West Coast and play his first game back from a foot hotspot on Saturday.

But the injury news isn’t as good for two veterans, with midfielder Dan Hannebery and co-captain Jarryn Geary suffering fresh setbacks this week.

Hannebery strained his ‘good’ calf at training on Tuesday, the opposite side to the calf that had heavily interrupted his pre-season and meant he hadn’t returned to the main group since January.

“He’s done everything right and he’s now copped another little calf injury which will set him back for four weeks which is an issue,” coach Brett Ratten said on Thursday.

Geary fractured his leg in a marking contest at training in January, and while he appeared on track for a return within a fortnight, further pain discovered another setback that requires surgery.

“And then Gears has got some pain in his ankle, not from his broken leg, but from his ankle, he’s got a bone spur in there. He’s going to go in for an operation tomorrow and that’s going to push his return out another six weeks which is not ideal,” Ratten said.

Marshall will take on the Eagles at Marvel Stadium on Saturday, with Ratten still to decide the make-up of the rest of his ruck division.

Jake Carlisle and Shaun McKernan are both in the mix as Marshall’s back-up, however mature-age rookie Paul Hunter appears unlikely to be selected after completing extra running post-training in lieu of no VFL practice match this weekend.

Hunter was joined in a group that included fringe Saints Tom Highmore and Dean Kent.