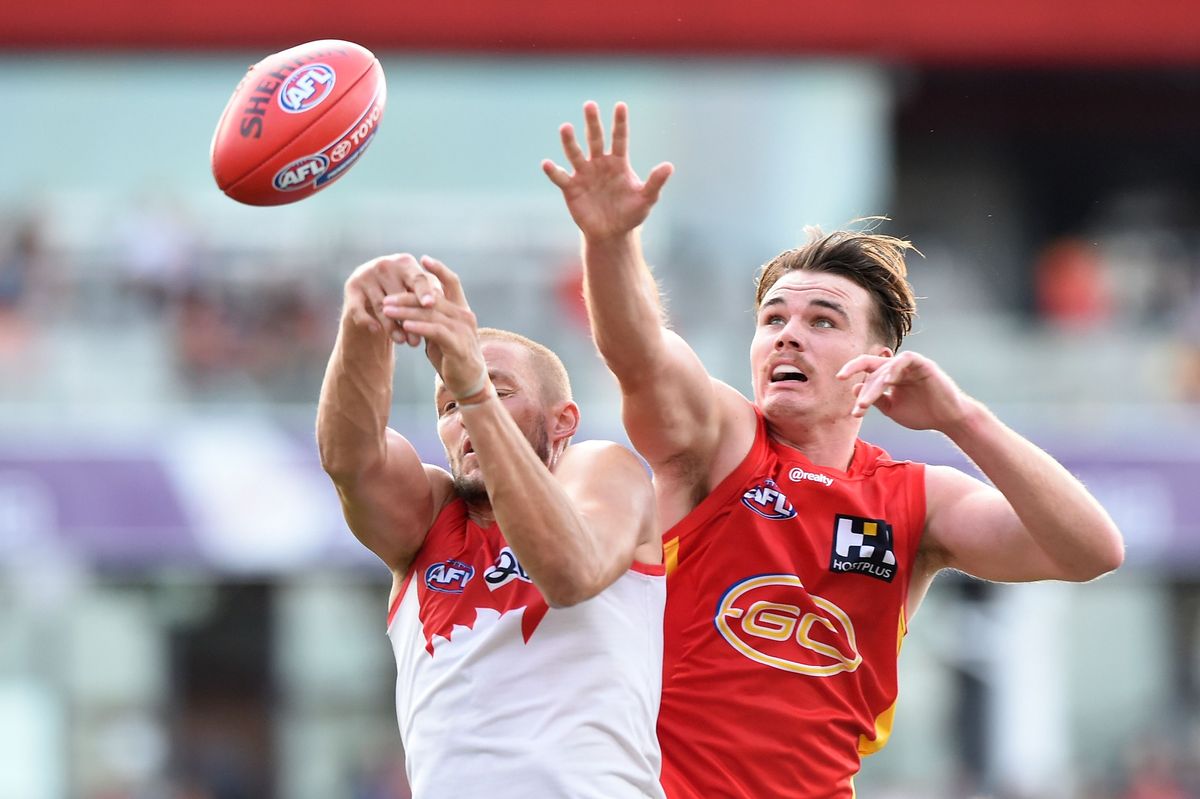 As the Suns prepare to play the “best combination” of rucks in the AFL on Saturday, Dew said he had no hesitation in rolling out Graham and Burgess against St Kilda pairing Paddy Ryder and Rowan Marshall.

After playing two games in the VFL following a PCL injury, veteran Zac Smith is a live selection option for Gold Coast, but Dew said he would stick with the same 22 that defeated Sydney and Collingwood in the past fortnight.

“Caleb and Chris have been doing the job,” Dew said.

“There’s some predictability in their effort throughout the game and that hasn’t wavered.

“They’re up against the best combination, arguably, and last week they were up against an All-Australian ruckman (Brodie Grundy).

“Their attitude is infectious among the midfield group and the rest of the team and that’s important.

“It’s not so much about their numbers, it’s the way they go about it.”

Graham has been thrust into the lead ruck role after being drafted through the club’s Academy as a key defender.

Standing 195cm he has an excellent vertical leap, as shown at the opening bounce last Saturday when he jumped straight over Grundy, palmed the ball to Touk Miller and watched on as Burgess goaled 10 seconds later.

“His craft work is coming along nicely and working with (ruck coach) Kurt Tippett in that area has been great for him,” Dew said.

“He’s always been a competitor. He’s a learner, he’s got a great attitude the way he goes about his football, which is why we thought in this role he was capable.

“That’s under-rated in the AFL sometimes, that if you’re willing to take on a challenge with the right attitude, more often than not you improve really rapidly, and we’ve found Caleb has been one of those.”

Graham was brought into the team alongside back-up Burgess following the season-ending knee injury to skipper Jarrod Witts.

Dew said after limited senior action in recent seasons, Smith could benefit from more time in the VFL to regain form and match fitness.