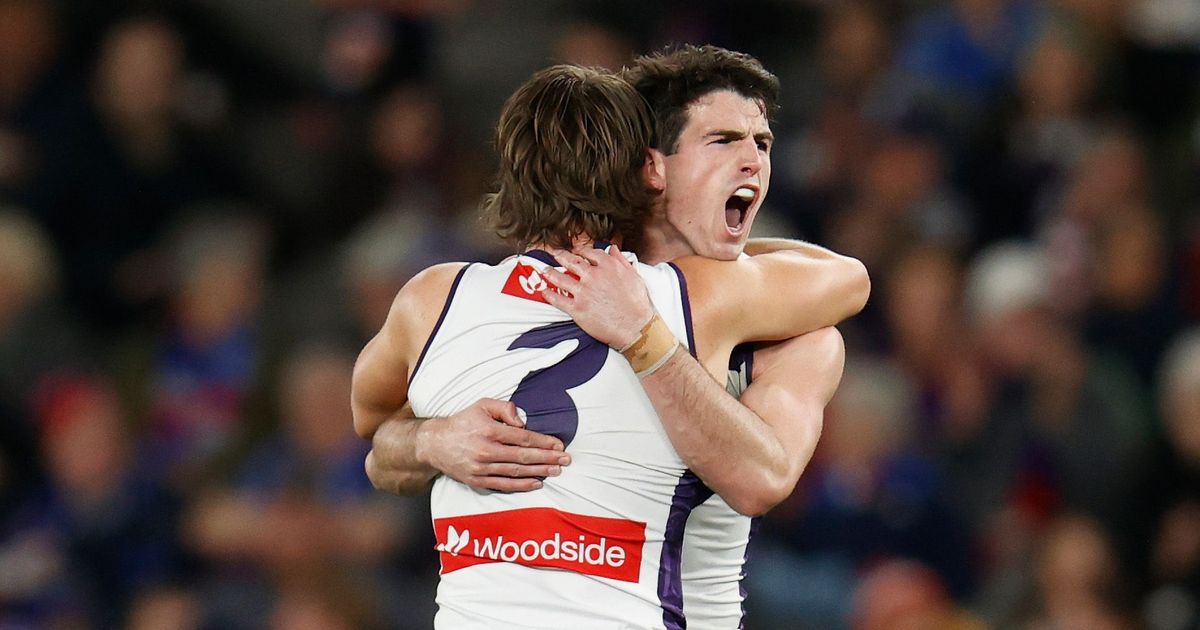 FREMANTLE has won its first match in four rounds and kept its top-four hopes alive while making the Western Bulldogs’ finals quest all the more difficult with a 14.11 (95) to 11.12 (78) win at Marvel Stadium on Saturday.

The lead changed three times through the first quarter but it was the visitors who took a nine-point lead into the break and then stretched it to 29 just before half-time.

The Dogs had trouble narrowing the gap despite a pervasive feeling they were about to launch a powerful attack.

However, it never came, leaving the Dockers well in the hunt for a double chance, and while the Bulldogs’ campaign isn’t over yet, the challenge has certainly lifted a level

Debutant Dog Sam Darcy only had a handful of possessions but marked strongly in defence and looked comfortable at the level, while at the other end of the ground Aaron Naughton also ruled the airwaves and finished with three goals.

Freo’s thin white Duke Rory Lobb was on song early leading and marking strongly, finishing with four goals. His fellow key forward Matt Taberner started well and had two goals at quarter-time, but his input slowed and an injury saw him subbed out midway through the third term.