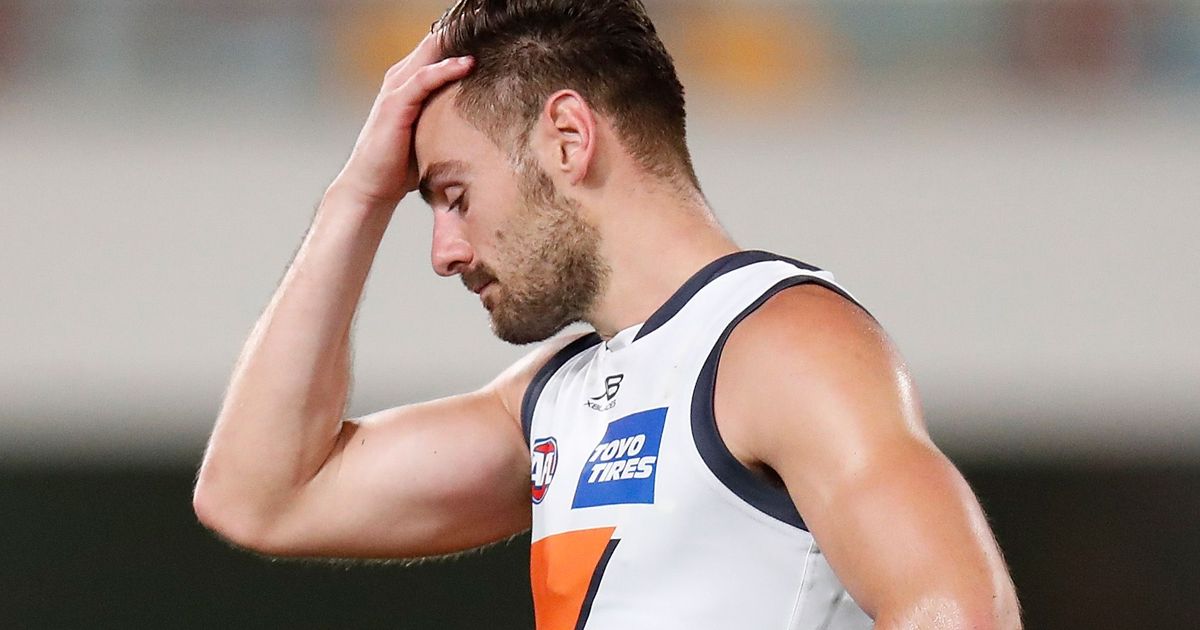 THINGS never came together for Greater Western Sydney in 2020. Although the Giants threatened at times to recapture their best, ultimately those patches were drowned out by inconsistent showings and underperforming stars, with last year’s Grand Finalists failing to make this year’s finals.

It was an extraordinary drop from the Giants given the talent-laden list at the club, with the Giants losing five of their last seven games of the season to fall out of the top eight. They needed to beat St Kilda in the final round and then rely on other results to claim a position in the finals, but the 52-point hammering was the final nail in a poor year.

WHAT ARE THEY WORTH? Mitch Cleary looks at the value of 2020’s top trade targets

Coach Leon Cameron, who signed a two-year contract extension with the Giants, faces a busy off-season with star players already deciding to quit the club and a number of talented youngsters also weighing up their futures.

Lachie Whitfield continues to be one of the Giants’ best-performed and most important players, and his ability to shift into a role at half-back later in the season was effective. The classy midfielder used his top-line ball use and creativity to offer some rebound to the Giants’ mix. The 150-gamer continued to mix his roles with some time in the midfield but Cameron must wish he had two of Whitfield, such is his piercing kicking and capacity to run and carry.

The Giants’ triple key forward set up was crucial to their ascent in 2019, but they couldn’t get motoring this year. Jeremy Cameron booted 24 goals from 17 games in a big drop for last year’s Coleman medallist, while Harry Himmelberg kicked 15 goals from 16 games and was omitted late in the season. Jeremy Finlayson also struggled to hit the scoreboard, kicking 19 goals after his career-best year in 2019. They didn’t have their usual supply from the midfield, which was not at its best throughout the year, but will be hoping they can return to being a powerful high-scoring unit by 2021.

Nick Haynes was rewarded for his rise as one of the competition’s best and most reliable defenders with a place in the 2020 AFL All-Australian line-up. Haynes held together a backline that was hit by injuries to Sam Taylor and Phil Davis across the season and was a deserving inclusion to the competition’s all-star side. Haynes is unobtrusive but rarely gets beaten.

ALL-AUSTRALIAN TEAM Check out who made the cut

The Giants recruited Jake Riccardi with pick No.51 at last year’s NAB AFL Draft as a 20-year-old and he made an immediate impression once he broke into the side. Riccardi kicked two goals on debut against West Coast and followed it with four goals and nine marks against Fremantle the next week to claim a NAB AFL Rising Star nomination. Riccardi finished with nine goals from his five appearances and showed plenty of talent in the front half.

Stephen Coniglio became the first full-time captain omitted in more than two decades when the Giants made the stunning call to drop the midfielder for round 17 with their season was on the line. The first-year skipper didn’t reach great heights in 2020, with Cameron standing by the decision even though the Giants lost a tight clash with Melbourne in Coniglio’s absence. Coniglio returned to the senior side the following week but will hoping for a more prominent campaign in his second year in the helm.

It was the brilliance of Toby Greene that helped the Giants over the line in the Grand Final rematch with Richmond. Greene was best afield with five goals from 18 disposals in the Giants’ best win of the season, a hard-fought 12-point victory against the reigning premiers.

Losing to Adelaide in round 16 proved incredibly costly for the Giants in their bid to make the finals. With a spot in the top eight on the line, the Giants faltered at Adelaide Oval against the wooden-spooners, starting a three-game run of defeats to finish the season. The Crows were in the best patch of form of their own miserable season, but the Giants couldn’t afford to drop that game.

The Giants get back into the top four after the stinker of 2020.

C. From Grand Finalists to outside the eight, the Giants’ season ended up a wasted shot at a flag given the talent on the list and available for the large part of 2020.

LIVE: ‘Spoiling it for everyone’ — pitch invaders bring grand final to a halt

Podcasts about the Adelaide Crows Football Club, the best AFL team... for the fans, by the fans! Tune in LIVE for all your Adelaide Football Club news, stats and analysis.
Contact us: feedback@aflcrowcast.com
Support CrowCast on Patreon!