There is a peculiar wrinkle within our great game. It is something that feels incomplete and is also a little bit bizarre.

Never in the history of the game at VFL/AFL level has a premiership side come together again.

That is: all 22 players who ran out on Grand Final day playing in the same line-up in any following game.

It seems crazy. But it’s true.

Runner-up sides have also never been seen in unison together. No line-up from any match has ever played together the following season, let alone a flag side.

In recent years, we’ve seen Richmond dominate the competition to win three flags in four seasons, but the team that won those premierships has not played side by side as a collective again.

The 2019 team that easily beat GWS was without Brandon Ellis, who had departed for the Gold Coast, and Bachar Houli, who was missing because of a calf strain, for the 2020 season opener against Carlton.

West Coast’s 2018 premiership-winning side was upset for the first game of 2019 with no less than six changes highlighted by the retirement of Mark LeCras and the exit of Scott Lycett to Port Adelaide.

Richmond’s drought-breaking 2017 outfit had four changes to its Round 1 team of the following season and never got that 22 back together again.

This year, that statistic is unlikely to change in the first game of the season even if the yellow and black have that entire group of 22 players present on the list.

When the Tigers kick off the new season against Carlton under lights at the MCG on March 18, there is a very strong chance that it won’t be the same 22 that beat Geelong in the 2020 Grand Final.

Ironically, it is a calf injury sustained by Houli in last year’s decider that could deny the Tigers being the first team to achieve what seems an unattainable goal.

Coincidentally, it will be the third time after three winning Grand Finals that Houli has missed the next game his club has played in.

The calf Houli popped at the Gabba is still providing him with some trouble and will likely keep him out of the Round 1 clash with the Blues, and as a result, Damien Hardwick will be forced to go in without the same side that delivered his club a 13th cup.

Not that he would want to enter a new campaign with the same setup. Hardwick is not one to sit back on what has worked previously. If you aren’t improving you aren’t growing.

But the fact that Houli, and perhaps even Dion Prestia (hamstring), may miss means there will be at least two inclusions to the team, adding to the 120-plus premiership sides that have not been able to congregate on a football field again. 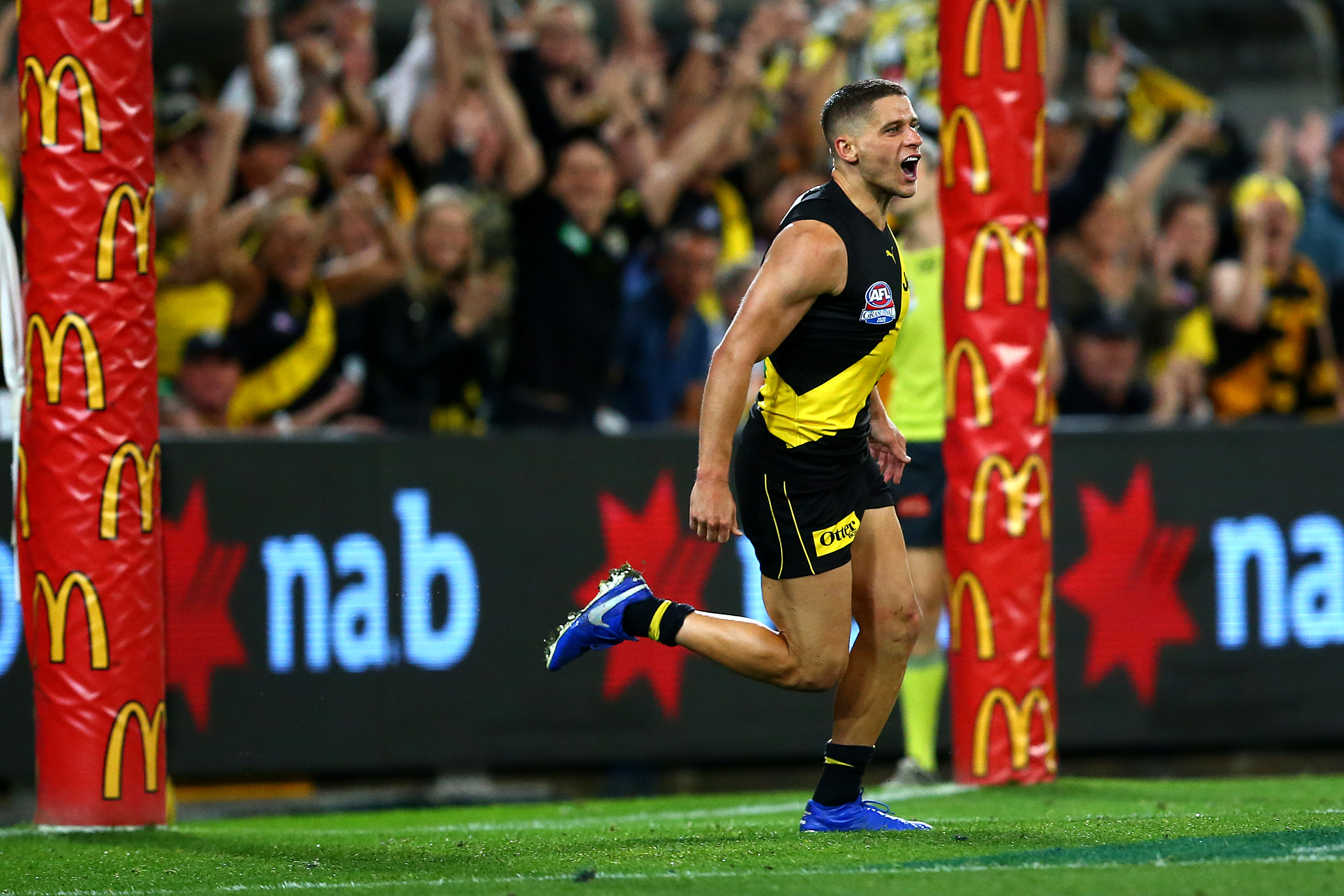 The only time a Grand Final team has ever played together again was when the Collingwood side in 1977 returned for the replay against North Melbourne the week after their infamous draw.

In 2021, the Tigers have the chance to make history at some point if they can somehow manage to get the same line-up on the park at the same time given the list has not lost any of their reigning premiership players.

Once Houli and Prestia are fit, this unaccomplished feat is entirely possible for the Tigers.

But no doubt, as long as they continue winning flags, this sort of distinction won’t be a priority, even if it is a little piece of history that remains untouched.