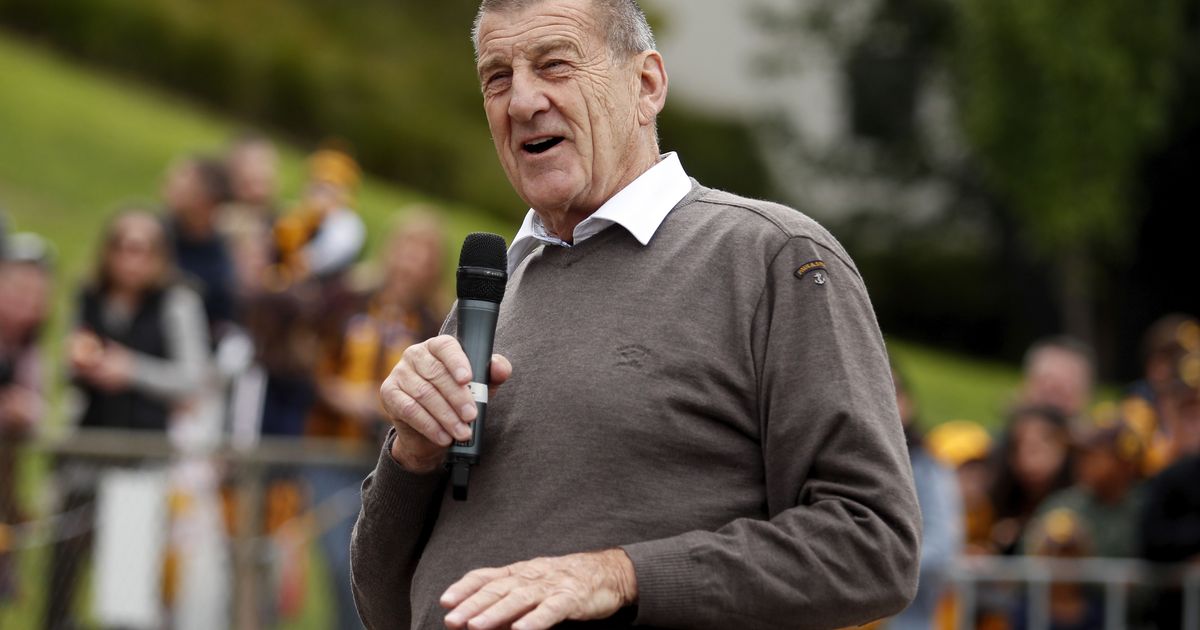 JEFF Kennett is refusing to stand down as Hawthorn president without a fight, saying he never agreed to quit his post next year.

During an explosive interview with the Australian Financial Review, Kennett has proclaimed he is “not f***ing dead” as the AFL club board’s leader.

In a letter to Hawthorn members earlier this month, Kennett stated the board would start the process to find a successor for him.

The 73-year-old indicated he would like to have a future president confirmed by June 30.

But Kennett said on Thursday he has set no timeline on his exit.

“My term is not up next year,” Kennett told the AFR.

“What I have said is that once we come up with a preferred candidate to succeed me, I will then consider when I go.

“I have two years to go duly elected by the good members of Hawthorn, but I am prepared to consider, if I felt we found the right person … I might go early, but I haven’t set a time or a date, even though some are writing me off as dead.”

Kennett is facing upheaval to his stronghold on the board, with ex-Australian Super boss Ian Silk nominating for a position.

Schwab feels there is serious “disenchantment” from Hawthorn fans after this year’s messy coaching succession plan from Alastair Clarkson to Sam Mitchell.

After leaving Hawthorn at the end of 2011, Kennett’s second stint as president started in 2017 and was meant to last for three years.

But he decided to stay on for another three-year term to guide the club through the COVID-19 crisis.

The former Victoria premier’s term is due to expire at the end of 2023.

Hawthorn’s general meeting will be held on December 14.

The former cricketer the Bulldogs “took a punt on”