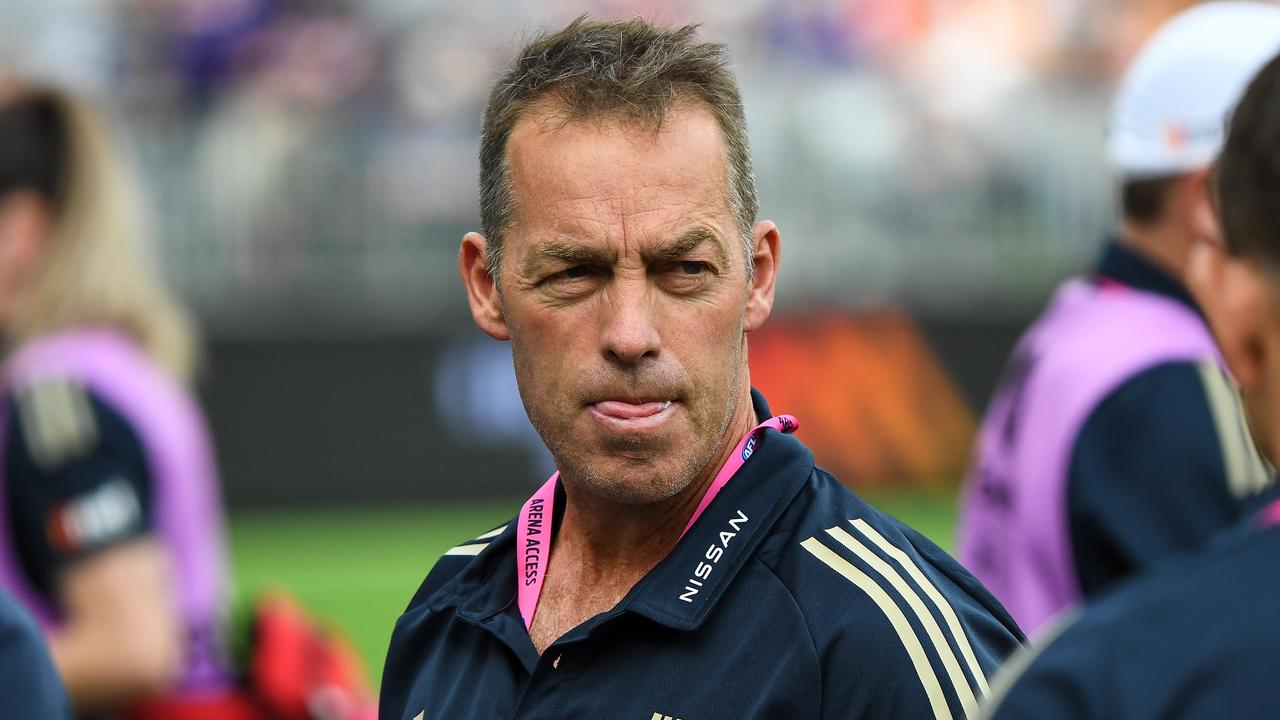 Hawthorn coach Alastair Clarkson has played down talks around his future beyond 2022, insisting he’s ready and motivated to coach the club “for as long as the club and I see fit”.

Clarkson, one of the greatest coaches of the modern era, has had his future called into question multiple times in recent years, as clubs circle the master coach for any hint he might call time on his nearly two-decade tenure at the Hawks.

Asked whether he still had the desire to coach the Hawks through its latest period of regeneration, the 52-year-old was visibly invested in what the future could bring.

“The exciting part about it is, when I first arrived at Hawthorn, I thought this study of the game was that for teams to rebuild it’s gonna take seven or eight years and that was the forecast I gave to the players in the club and everyone and we were all invested in that – but we turned it around in four years, we’d won silverware within four years … that’s the theatre of the game,” he said.

“That’s the excitement of what brings us coaches to want to coach and the investment is all about can you do it as quickly as you possibly can, because there’s no ceiling on these young men and older men like Tex (Taylor Walker) and Shaun Burgoyne and these ones that can still make contributions at their ages to the cause.

“And that’s what keeps us involved in the game. So I’m excited for it. And I’ll do it for as long as the club and I see fit that we’re making progress.”

Quizzed further on whether he’d be up for another lengthy period of toil for no immediate reward, Clarkson said he was excited at the prospect of circumnavigating the AFL’s equalisation measures to try and fast track premiership success.

“The competition is geared really for every team in the competition to win once every 18 years – that would suggest that you’re going to win four flags in 72 years … that’s the competitive juices of what we’re in,” he said.

“We’re trying to defy what the competition is and they’re trying to regulate it in a manner that gives everyone an opportunity, but we understand that within that it provides some challenges because it’s difficult to get access to high level draft picks and that equalisation is a manner that hands you an opportunity when you’re not such a good side to get the talent in the club.

“Also if you’re not getting the talent in you might fall away a bit. We’re just trying to work out that balance of injecting talent from draft, free agency, trading with other clubs to get that mix that we think could help us win a flag.”

Finally, asked about the constant murmurings around his future and the idea his days at the Hawks are numbered, Clarkson gave perhaps the strongest indicator yet he had no plans to go anywhere.

“It’s been 17 years. Trust the history, loyalty is pretty strong, both with Hawthorn and me.”