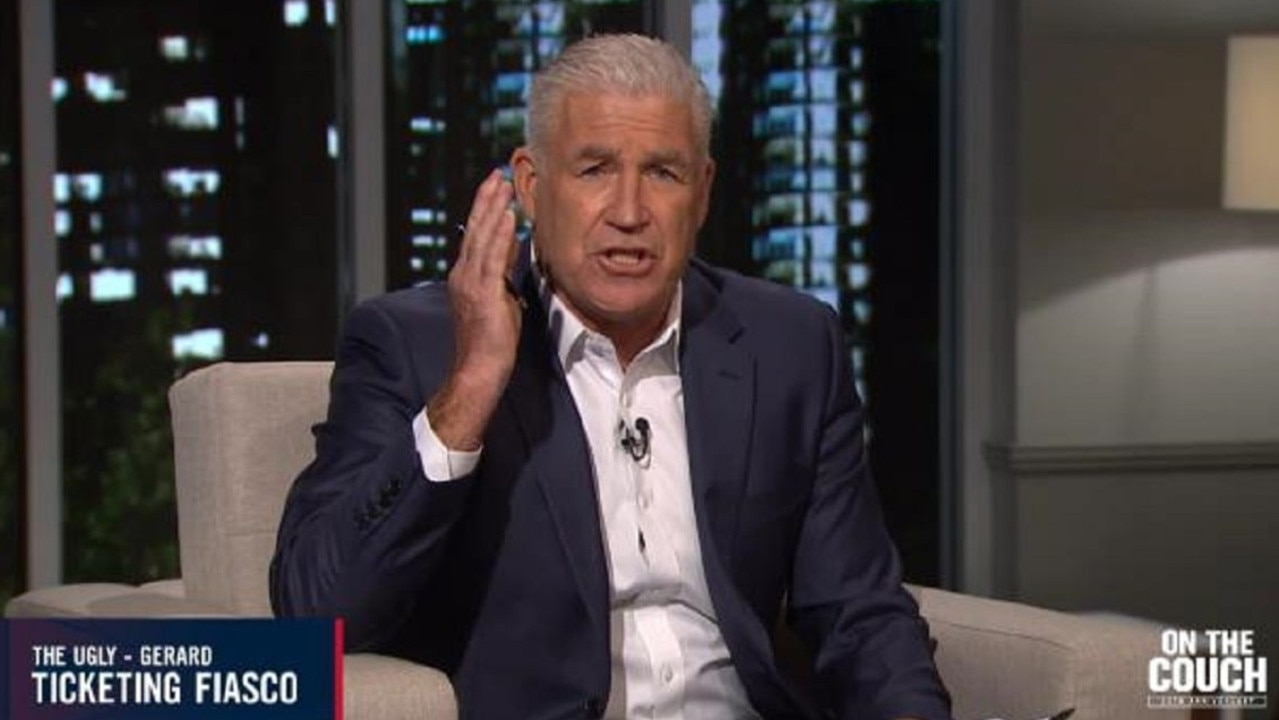 AFL great Gerard Healy has called on the Victorian government to urgently address the current ticketing situation for AFL games, which comes amid underwhelming crowd numbers and widespread complaints over the current regulations.

Currently, the seating process for games in Victoria involves a ticket zoning process that, in some cases, separates attendees from their friends and family.

The complex arrangement has been the source of disgruntlement for many fans looking to book tickets to the footy and it was one targeted by Healy in an impassioned address during Monday night’s On The Couch.

“My current pet peeve is what’s going on with the Victorian Government and others who are perpetrating a real tragedy in my view and a great inconvenience on football lovers,” he said.

“At the present time in Sydney, they can go up to 100% (crowd capacity). They’re currently working on 75%. And it’s the same in Brisbane. If you ring up and you want to get 10 tickets, you can sit wherever you like.

Healy pointed to Victoria’s encouraging streak in the battle against COVID-19, with no locally acquired cases for 45 consecutive days as of Monday, as a clear reason for the government to reshape its ticketing approach.

“We are still operating under this archaic performance. The government has to fix it. The Sports Minister needs to address this and get us here in Melbourne to at least 75% with no restrictions and pump it up to 100% so we can get a full crowd,” he said.

The 1988 Brownlow Medallist also noted that the restrictions in place at sporting stadia were obsolete compared to those at other highly-populated areas.

“I mean it is ridiculous the hypocrisy and the double standards at play are impacting on supporters around this state and others.

“James Merlino as the acting premier, do something, and the Sports Minister is a big Carlton man, sort it out because at the moment, it’s an embarrassment.”