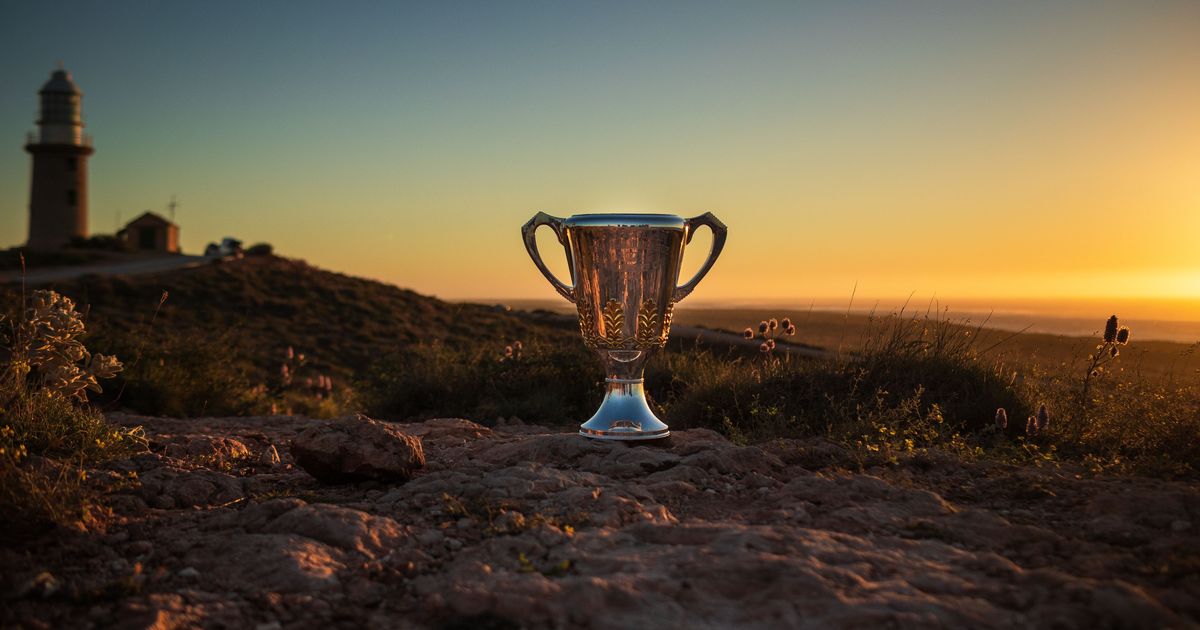 THE TWO-WEEK 2021 Toyota AFL Premiership Cup Tour has travelled through its first few destinations, making its way to some of Western Australia’s most iconic locations and visiting local communities.

With the assistance of Toyota Australia and Virgin Australia, the cup has headed down the west coast from Kununurra, south to the Bungle Bungle Ranges, stopped to visit a local football community in Halls Creek, and then travelled to Broome’s famous Cable Beach.

Karratha, Exmouth and Geraldton have been the latest stops down the amazing WA coastline.

>> Check out the latest pics from Indigenous photographer Tamati Smith, Yama(t)ji below
>> From the Kimberley to Perth, be inspired by the cup’s tour and #wanderoutyander

As part of the tour, Toyota is giving away tickets to the 2021 Toyota AFL Grand Final. For a chance to win, head to a Premiership Cup Tour stop at a local footy club or Toyota Dealer and have your picture taken with the cup to enter into the draw.

BELOW: The premiership cup on Cable Beach

BELOW: The cup is taken through the Bungle Bungle Ranges in Purnululu National Park

BELOW: The cup at a smoking ceremony in the Bungle Bungle Ranges in Purnululu National Park

BELOW: The cup at Halls Creek FC for the Shooting Stars Indigenous Female Football program

BELOW: The cup at the gates of the Halls Creek FC

BELOW: The cup begins its tour of the Bungle Bungle Ranges in Purnululu National Park

Baby Max is here: The year keeps getting better for the Gawns