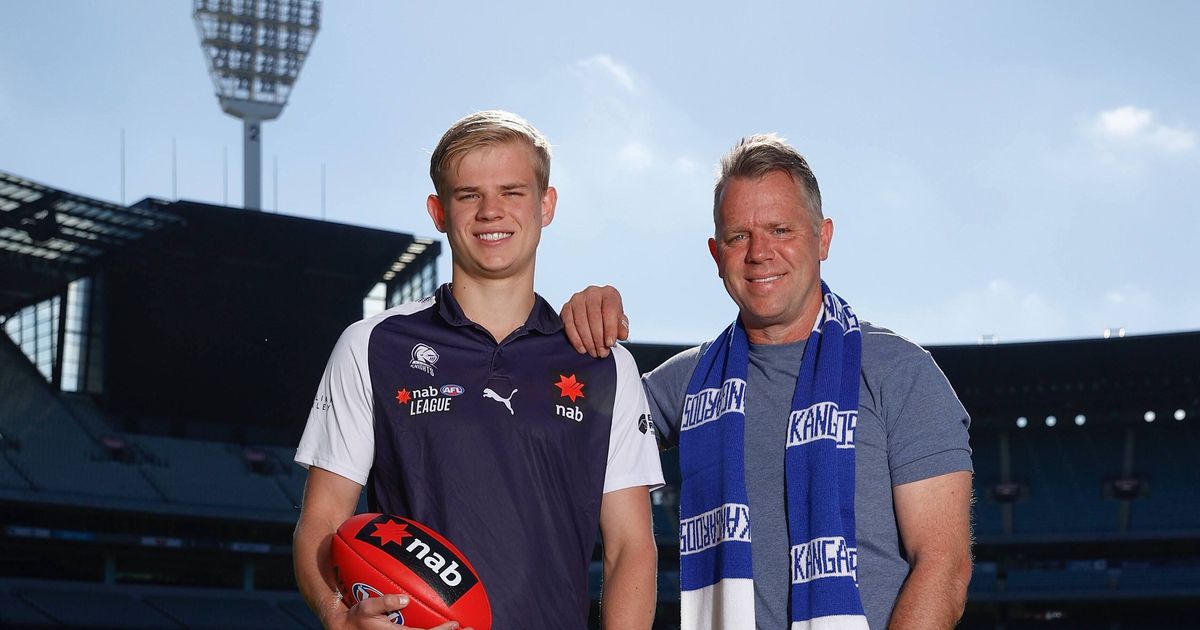 There weren’t quite the trade fireworks or pick swaps many anticipated, but there were plenty of surprises and family connections continued as 65 players found their way on to AFL lists.

Woewodin, Jackson Archer (North Melbourne) and Jase Burgoyne (Port Adelaide) all continued the bloodlines at clubs their fathers played at, while Jesse Motlop, son of Daniel, was picked by Carlton.

A couple of mature players overlooked at national drafts in the middle of last decade also found clubs.

Garrett McDonagh, first passed on in 2014, went to Essendon at No.50 after strong VFL form with Richmond, while Greg Clarke (No.62) was overlooked in 2015 and now gets a chance with West Coast after winning three WAFL premierships with Subiaco.

Charlie Constable was also given a second home when Gold Coast selected the former Cat late in the night.

Clarke’s selection continued a theme of the West Australian clubs of sticking with local talent, starting with Johnson’s pick after his slid out of the first round.

The Dockers originally acquired the pick, No.21, from Gold Coast as part of the Will Brodie trade and continued to add to their midfield talent with Johnson.

Tipped in the draft build-up to go in the top-10, he is a tall midfielder who is quick and agile and was in the top-10 for the vertical jump at the AFL Combine testing.

Earlier in the draft Fremantle selected West Australians Jye Amiss (No.8) and Neil Erasmus (No.10), with Johnson’s addition continuing the all local theme.

The Dockers were not the only team to think local, with Geelong using its first two selections on familiar faces.

Conway, a towering 205cm, was the first genuine ruck chosen in the draft., while Knevitt is also capable of taking marks forward of centre with his 193cm frame.

They later added another Falcon, Cooper Whyte, at No.64.

Richmond used its trio of selections in the middle of the second round to bolster its stocks rather than trade.

DRAFT NIGHT ONE Early bids come for sons of guns

Sydney spiced up the evening by bidding on St Kilda’s Next Generation Academy product Mitchito Owens, which the Saints swiftly matched with pick No.33.

Cross-town rivals Greater Western Sydney were then involved in the first trade of the night – a swap of picks with Collingwood which saw them give No.48 to the Magpies and acquire a future fourth round pick in return.

The Saints had to match a second bid on one of its NGA players, Marcus Windhager from Geelong, while Collingwood traded up to pounce on Arlo Draper at No.46.