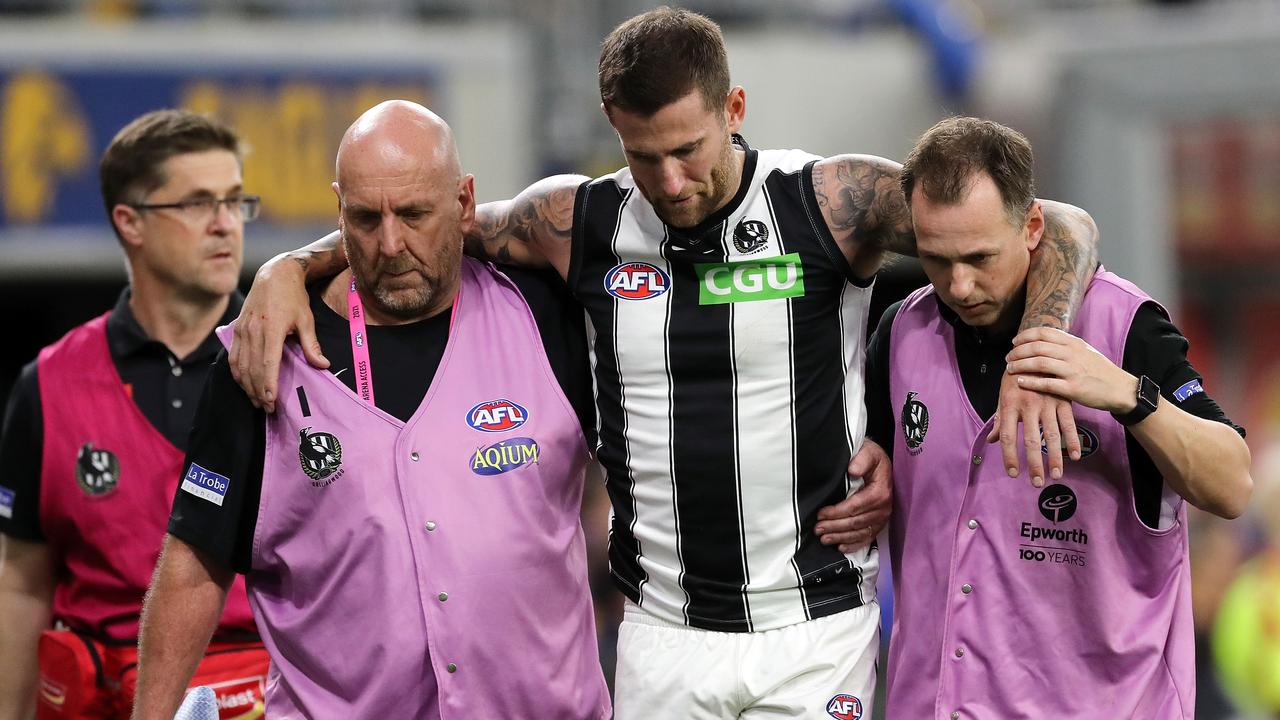 Collingwood’s recent cursed run with injury has reared its head once more, with stars Jeremy Howe and Jordan De Goey ruled out during Friday night’s match against West Coast at Optus Stadium.

Howe was helped from the ground by two trainers after clutching at his leg following a marking contest in the second term – he appeared to clutch at his hamstring on the same leg he had surgery on to reconstruct his PCL and reattach his MCL last year.

De Goey was ruled out of the game with a facial injury after a contest midway through the first term saw his face collide with the hip of Tim Kelly.

In somewhat of a relief for Pies fans, Howe had ice on his hamstring rather than his knee, which saw his season derailed last year.

Blood was pouring from the nose of De Goey as he was taken from the ground, had a brief stint on the bench before being taken into the rooms for further assessment and eventually ruled out of the game.