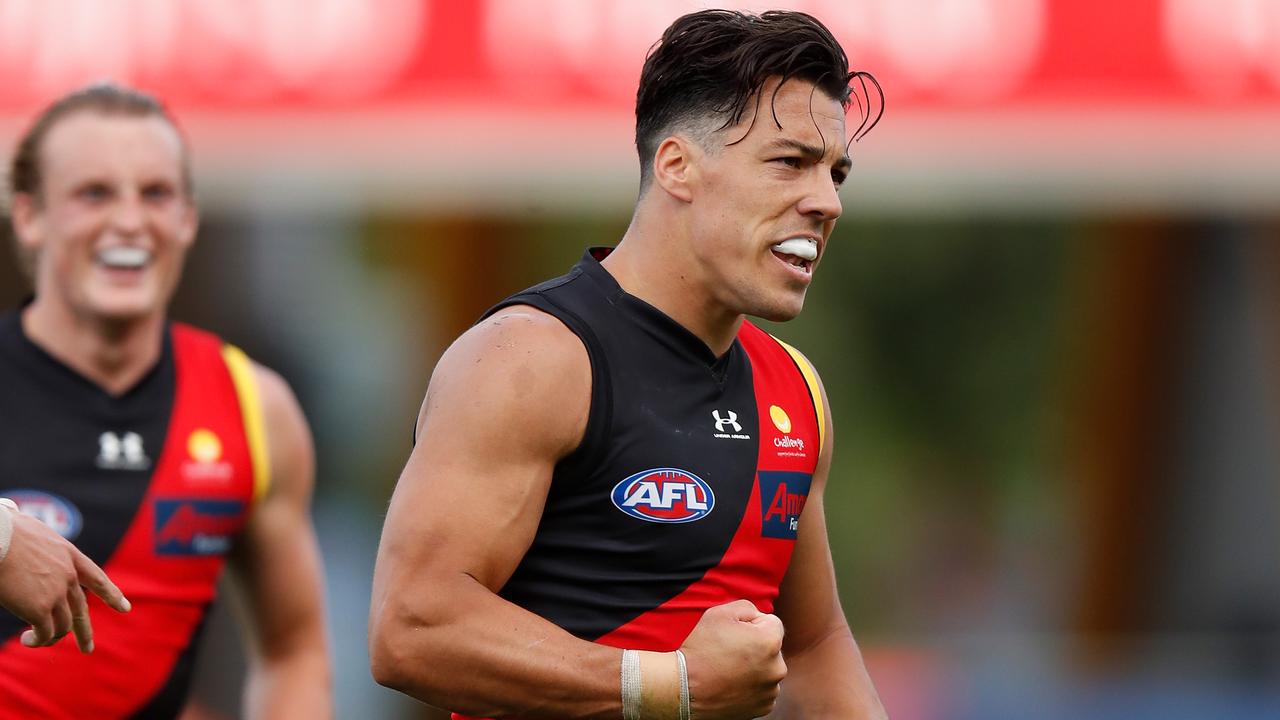 Dylan Shiel has taken a big leap towards his long-awaited comeback after being named in Essendon’s extended squad of 26 for their crunch clash with GWS at Metricon Stadium on Sunday.

Shiel was still listed as 1-2 weeks away on the club’s injury list during this week, but the star midfielder is clearly ahead of schedule and now finds himself in line to play his first senior game since badly injuring his knee in round two against Port Adelaide.

If Shiel does get the nod, it will be interesting to see how he fits back into the Bombers’ on-ball brigade given Darcy Parish took his place in his absence and proceeded to have a spectacular breakout year.

LISTEN TO THE LATEST EDITION OF THE FOX FOOTY PODCAST BELOW, OR TAP TO SUBSCRIBE IN ITUNES OR SPOTIFY

The Giants have welcomed back Lachie Whitfield and Shane Mumford too after their ruck crisis deepened after Matthew Flynn dislocated his shoulder against the Swans. Josh Kelly has been named despite being subbed out with ankle injury on Sunday while Jeremy Finlayson has been dropped after only managing three goals from his last four games, Jake Riccardi his likely replacement.

West Coast will be captained by Jeremy McGovern on Saturday after Luke Shuey wasn’t named to face St Kilda following yet another soft tissue injury.

Carlton have welcomed back co-captain Patrick Cripps for their encounter with North Melbourne on Saturday at Marvel Stadium, but Marc Murphy wasn’t as fortunate, although he might be the medical sub as he has been named an emergency.

Kangaroos hard nut Jed Anderson will play his first game since round three while his star teammate Ben Cunnington returns as well. But key defender Robbie Tarrant is out due to injury, paving the way for the much-anticipated battle between twin brothers Harry and Ben McKay.

Tom Liberatore returns for the Western Bulldogs’ top-of-the-ladder meeting with Melbourne on Saturday night at the MCG, but former skipper Easton Wood and Laitham Vandermeer have been given more time to recover from their respective ankle and knee injuries.

Forwards Josh Schache and Mitch Hannan join Liberatore in the Dogs’ line-up at the expense of dropped duo Hayden Crozier and Lachie McNeil as well as Josh Dunkley who has been forced into isolation after visiting a Tier 1 exposure site.

Melbourne regain James Harmes who comes in for Aaron vandenBerg but former captain Nathan Jones, who has been battling a calf complaint, was overlooked for selection.

Brisbane have recalled injury-hit midfielder Jarrod Berry for just his second game since round five, and have named Lachie Neale after the Brownlow medallist suffered a shoulder scare at training during the week.

Richmond have named premiership duo Shane Edwards and Josh Caddy in their extended squad for Sunday’s match-up with Geelong, while the Cats welcome back key duo Lachie Henderson and Gary Rohan.

AFL ROUND 19 TEAMS (All times AEST)

OUT: Coleman, Prior (both omitted), T.Berry (sub)

OUT: Ellis, Holman (both injured)

B: Salem, May, Petty

OUT: Martin, McIntosh (both injured)