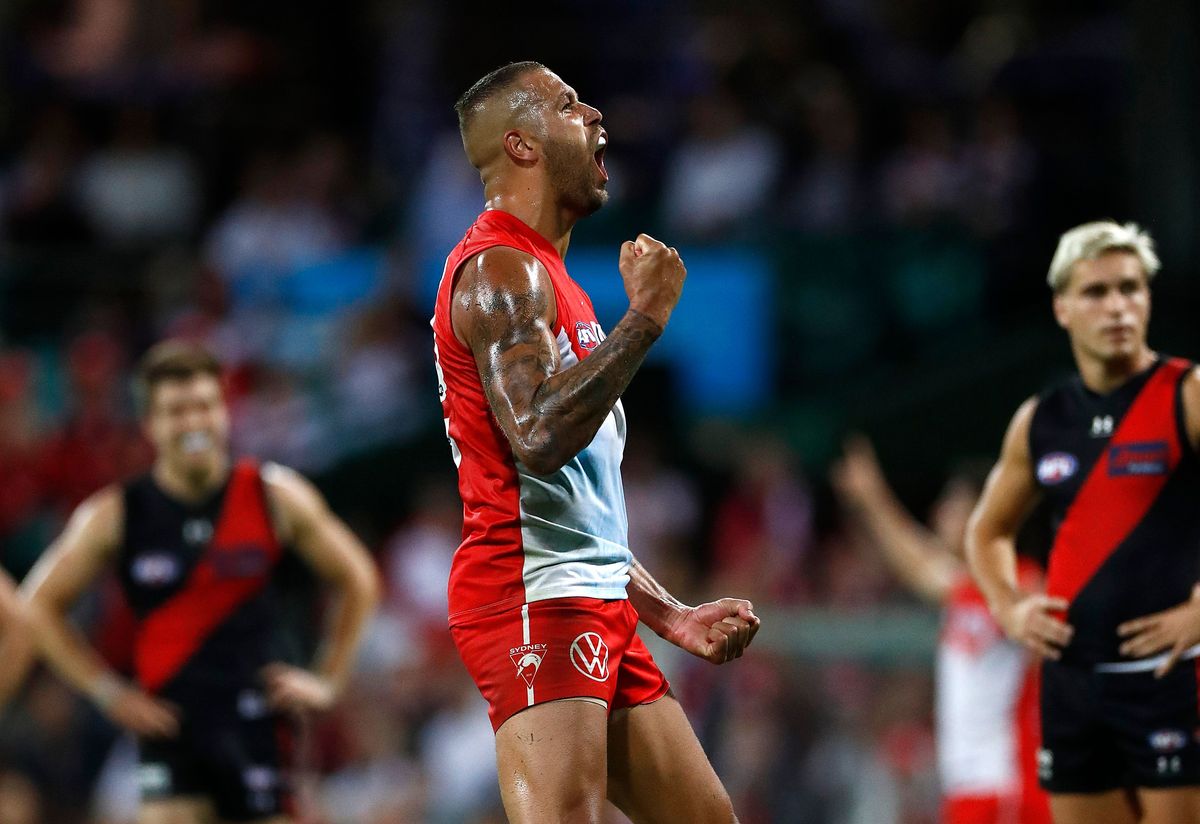 SYDNEY has edged Essendon in another thrilling finish, this time by just three points at the SCG on Thursday night.

The Bombers led by a point at three-quarter time and scores were level midway through the final term before four straight behinds saw the Swans edge clear.

Superstar Swan Lance Franklin then virtually sealed the victory with his 950th goal, and third of the night, with the inaccurate Swans prevailing 11.17 (83) to 12.8 (80).

Bombers forward Cale Hooker made it a nervous finish with less than a minute-and-a-half remaining when he bagged his third, but the Swans were able to hold on.

There were eight lead changes in the classic contest, but the Swans had to do it tough without star Isaac Heeney, who broke his right hand during the second quarter.

The Swans will now host GWS at the SCG next Saturday afternoon, while the Bombers will take on Brisbane at the Gabba later that night.

Close encounters of the fourth kind
These two sides have built an incredible tradition of close encounters, and this was their fourth game in a row to finish within 10 points. Essendon won their only meeting last year by six points, thanks in part to a late goal by Darcy Parish. The Bombers got up by 10 points earlier in 2020, while the Swans won the year before by five points when David Myers’ shot after the siren fell short. Start counting down to round 20, when they meet again at Marvel Stadium.

Parish’s miraculous miskick
Defenders turned full-time onballers Darcy Parish and Callum Mills enjoyed an intriguing and ultimately even battle in the middle of the ground. Parish finished on 25 touches with 12 contested, while Mills had 25 disposals with nine contested. Both kicked a goal too, but Parish is more likely to see his barely believable goal – or perhaps it was a fortunate miskick – on the highlights. The 23-year-old picked up a loose ball 35m from goal and hard up on the boundary line, appeared to be looking to the top of the goalsquare to centre the ball but instead watched as his drop punt sailed through for six points. Parish looked as surprised as anyone as he celebrated with his teammates.

Injury-free run broken
Sydney has mostly enjoyed a blessed run with injuries this season, and hadn’t been forced into using its medical substitute before the clash with Essendon. But that all changed when Isaac Heeney broke his right hand early in the second quarter. The 24-year-old had started the game well, looking dangerous across half-forward as he picked up seven touches and six marks, but it looked ominous when he came off nursing a sore hand and went straight down to the Swans’ rooms. James Bell was immediately told to start warming up and was subbed on soon after.