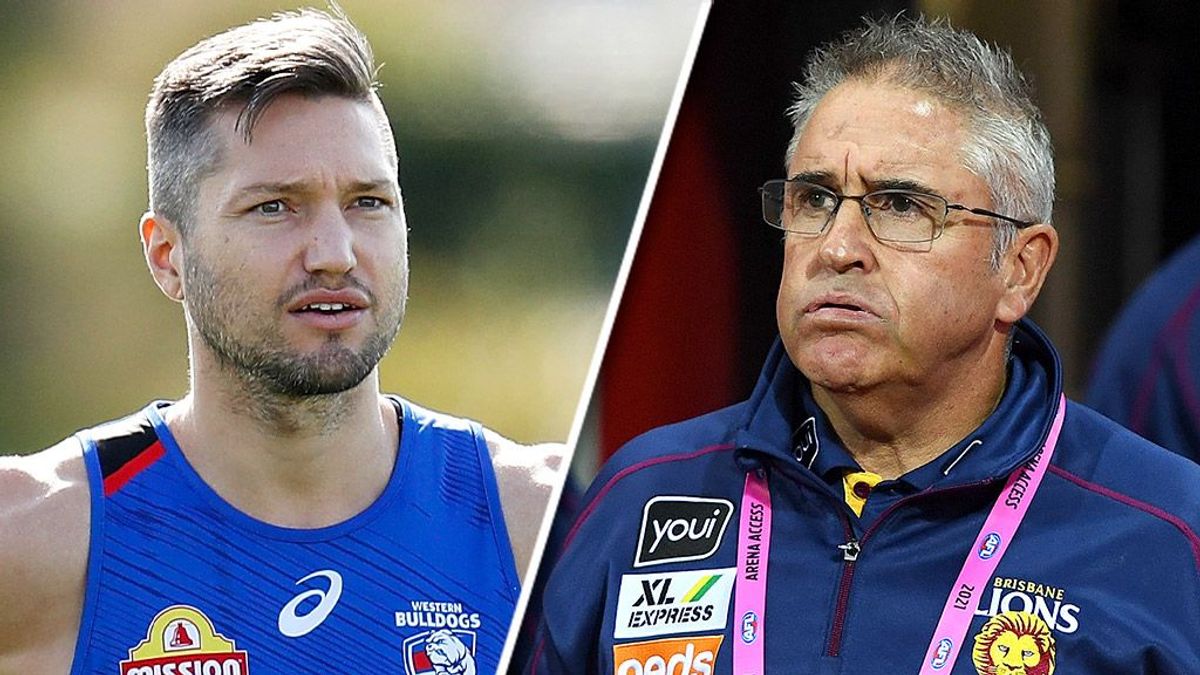 THERE is an irony for the Brisbane Lions that a week after they faced Collingwood without a ruckman they meet the Western Bulldogs, where their premier ruckman from the past eight years now plays.

With ex-Lion Stefan Martin now at the Dogs, and first-choice big man Oscar McInerney injured last week against the Magpies, the Lions rucked with Tom Fullarton and Connor Ballenden. Together they managed four hitouts – the equal-lowest total on record (since Champion Data started recording statistics in 1999).

It was tied with the Giants’ total of four hitouts in round six, 2018 – coincidentally against Brisbane when Martin dominated with 38 himself.

The Lions’ -59 hitout differential against Collingwood last week ranked it as the equal-fourth worst ever. The most was GWS in round 12, 2015, when the Giants recorded 66 fewer hitouts than a Todd Goldstein-led North Melbourne, with the dominant Kangaroos ruckman having 80 hitouts himself that day.

That the Lions were able to overcome their disadvantage in the ruck to get past the Magpies with Zac Bailey’s after-the-siren goal saw Collingwood coach Nathan Buckley describe the value of hitouts as a “furphy”.

Brodie Grundy last week notched 54 hitouts alone as well as five clearances and 28 disposals in a dominant showing, but the Lions were able to work off Grundy’s taps at stages. Of his 54 hitouts, 13 were sharked by the Lions’ midfielders.

That isn’t an extraordinary number – Geelong also had 13 in round two against Brisbane and Collingwood also registered 13 against the Western Bulldogs in round one.

The Lions will be looking to do the same on Saturday at Mars Stadium, with McInerney facing a test to be passed available for the clash of the premiership hopefuls.

The Dogs’ duo of Martin and Tim English has been excellent in the early part of the season, with Martin’s cheap acquisition during last year’s Trade Period freeing English to be another marking and attacking option inside 50.