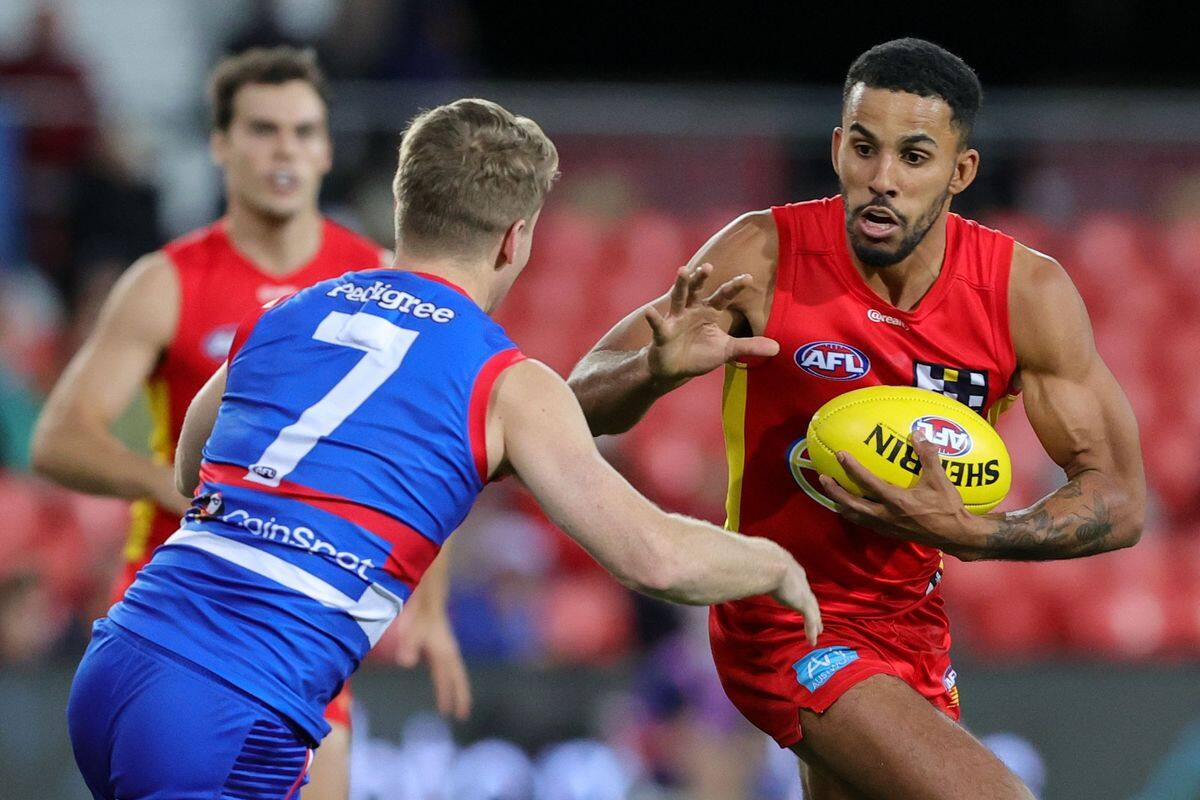 TOUK Miller might be one of the hottest players in the AFL, but don’t expect Brisbane to flip the script and send anyone to tag the star Gold Coast midfielder.

Miller has topped 30 disposals in his past 11 outings, rocketing to third place in a congested AFL Coaches Association Player of the Year award.

In 2018 the Suns vice-captain helped to spice up the QClash rivalry with two shutdown roles on Lions skipper Dayne Zorko, leading to some frosty exchanges from the latter.

FACE OFF Why this might be the most interesting QClash yet

However, Miller has gone from the hunter to the hunted, with Brisbane sharpshooter Zac Bailey saying the Lions have done their homework on the prolific Sun.

“We won’t do a role on him, but we really notice him as a player and we’ve got things in place to make sure he doesn’t have the effect he usually does,” Bailey said.

“But we won’t necessarily go with a tagging role.

“He’s really stepped up his game this year and he’s making a real impact on their team.”

Brisbane has rarely used dedicated taggers under Chris Fagan, although young bull Deven Robertson has occasionally run with opposition midfielders for small portions of matches or minded them at stoppages before sliding back into a team structure.

The Lions need a win after losing consecutive matches to St Kilda and Richmond and dropping out of the top four.

Bailey said they had a point to prove.

“We’ve addressed the last couple of weeks, we had a big meeting after the Richmond game,” he said.

“We realised most of the mistakes are fixable, we gave away a lot of opportunities and they went down the other end and scored.

“We can fix it. We can get back to playing our best footy.

“We’re not starting to worry. We know our best footy stands up against any team.

LADDER PREDICTOR Where will your club finish?

“We’ve shown through our consistency over the last two years we can match it with all the teams, we just need to get back to playing our best footy.”

Brownlow medallist Lachie Neale got through Thursday’s training unscathed after suffering a scare with his right shoulder earlier in the week.