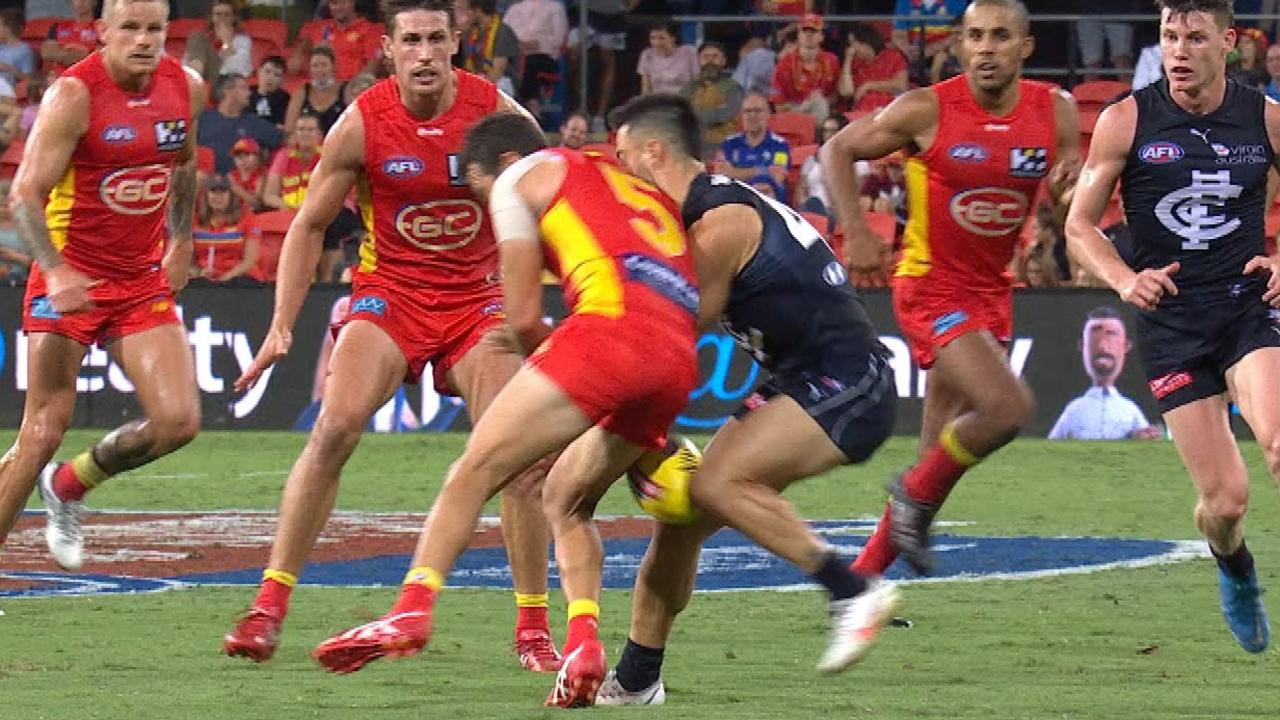 There’s inconsistency in the Match Review Officer’s latest findings, according to Fox Footy’s On The Couch panel.

North Melbourne star Ben Cunnington was handed a one-match ban for rough conduct on Monday, with his bump on Rory Laird after he’d disposed of the ball labelled careless conduct, medium impact and high contact.

Gold Coast Suns player Jarrod Harbrow, meanwhile, was not cited for his bump on Carlton’s Michael Gibbons, which came as a shock to the On The Couch panel when compared with Cunnington’s incident.

“We’re on board with the Cunnington one, we can buy that. He elects to bump, Rory has kicked the ball, there’s contact to the head he didn’t have to do it,” Garry Lyon noted.

“Harbrow on Gibbons – Gibbons ends up going off for a concussion test. The AFL tell us it was two players playing the ball therefore it’s an accident, which we know and accept can happen in footy. I ask you boys was who was playing the ball most out of those two?”

Nick Riewoldt replied, “I reckon Gibbons was a seven out of 10 playing the ball and Harbrow was a one out of 10.”

For Jonathan Brown, there was no question Harbrow should’ve been held accountable by the MRO for his hit.

“The dead giveaway is the player’s eyes. When Harbrow’s eyes are not committed to the football that’s a dead giveaway of his intentions,” he said.

“Whether he was trying to protect himself or bump, at the end of the day he hit him in the head so he should be culpable for that for that hit.”

Ultimately, Gerard Healy said, “the MRO has challenged I think everybody with a couple of the results.”

The Kangaroos are expected to appeal Cunnington’s ban.

Reacting to Cunnington’s ban on AFL 360, co-host Mark Robinson was in shock at the MRO’s decison.

“That’s not right. The other one with Harbrow (was worse).”