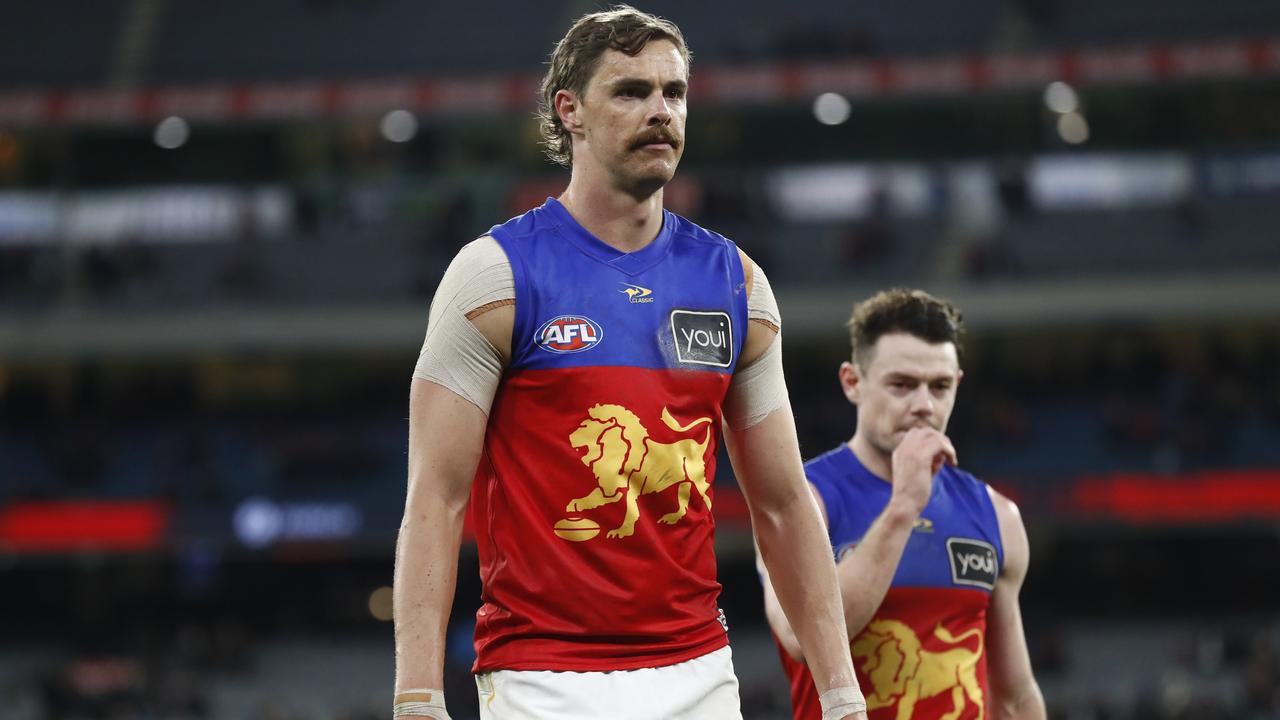 Legendary Hawthorn goalkicker Jason Dunstall has cast doubt on Brisbane’s premiership credentials, saying “dismal” losses like the one it suffered on Thursday night threaten to “sap the belief” of a playing group.

The Lions were dealt an almighty reality check on Thursday night, copping a 64-point thumping at the hands of a relentless and brutal Melbourne outfit that found its rhythm after three consecutive losses.

It’s the latest big loss by a Lions outfit in a big game situation, with Brisbane fans post-game lamenting heavy defeats against Melbourne (2021), Geelong (2020) and Richmond (2019) across the past three finals series.

Speaking on Fox Footy post-game, four-time premiership Hawk Dunstall was concerned by the nature of Brisbane’s loss in such a significant game.

“So the question now is: Do Brisbane have the physical and mental toughness to win a flag? And based on that performance, you’d nearly go down to the rooms and read the last rites, because it just wasn’t there,” Dunstall told Fox Footy.

“Now they’ll get a chance to redeem themselves throughout the course of the year, but when you face these tests, if you put in dismal performances like that, it saps the very belief of the group.

“They’ve got to go to the ‘G if they want to win in September, right? Well they’ve gone there with a big opportunity on top of the table against a team that’s lost three on trot and got spanked.”

The Demons on Thursday night dominated at the coalface, winning the contested possession (+38), clearance (+11) and inside 50 (+19) counts convincingly, particularly from quarter-time onwards.

Dual All-Australian Leigh Montagna said the Lions had “not shown up on one of the biggest stages of the year”, adding the Demons “pulverised them in every area of the game”.

“That was the big test and they failed, let’s be honest,” Montagna told Fox Footy.

“As great as Melbourne were – and they were awesome – Brisbane (would be) bitterly disappointed with the effort they put up, particularly after quarter-time.

“For me it the MCG factor wasn’t issue. It was the opposition they played against – and I agree they’ve got self-doubt. When they play Melbourne again … gee whiz they’ll remember what Melbourne just did to them.”

But dual premiership Kangaroo David King said the Lions’ flag chances hadn’t been diminished too much.

“The hardest part about winning it is getting there, in my eyes. So if they can rest, win that winnable month in front of them, finish top two – anything can happen.”