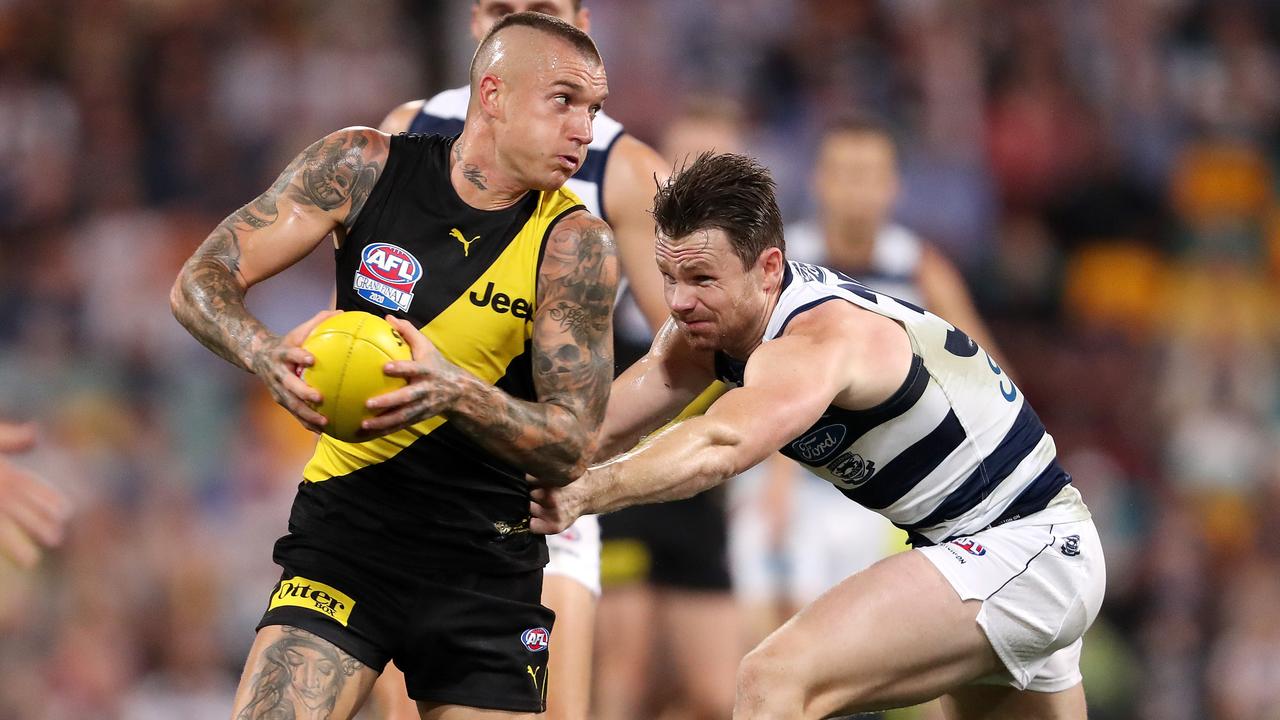 Richmond and Geelong will meet for the first time since the 2020 Grand Final in Round 8, while the timeslots for the Showdown and Western Derby have also been locked in.

The AFL on Thursday released the fixture for Round 7 and 8 of the home and away season.

The league in December released the full fixture for Rounds 1 to 6, but only the match-ups — no times or dates — for Rounds 7 to 23.

But the Tigers-Cats Grand Final rematch will now be a Friday night blockbuster at the MCG in early May.

It’ll be the second straight Friday night clash for Richmond, which has been pitted against the Western Bulldogs on April 30 at the MCG in what looms as a tantalising match-up.

The first South Australian and Western Australian derbies of the season have also been finalised.

West Coast and Fremantle will lock horns on the Sunday afternoon of Round 7, while Port Adelaide and Adelaide have been scheduled for the Saturday night of Round 8.

“A flexible fixturing approach has provided us with an opportunity to optimise our scheduling of prime time slots in each round. The clubs featured in the next block have been strongly influenced by their form in the early part of the season,” Auld said/

AFL Head of Broadcasting and Scheduling Marcus King said the confirmation of dates and times of the fixture in smaller blocks will continue for the short term, as the league tries to balance providing certainty for fans and clubs.

“The dates and times were formulated having regard to current government advice and border restrictions and we believe we have been able to deliver an attractive fixture for fans both in venue and watching around the country.”

LISTEN TO THE LATEST EDITION OF THE FOX FOOTY PODCAST HERE, OR TAP TO SUBSCRIBE IN ITUNES OR SPOTIFY

AFL head of broadcasting and scheduling Marcus King added: “The dates and times were formulated having regard to current government advice and border restrictions and we believe we have been able to deliver an attractive fixture for fans both in venue and watching around the country.”

There’ll be five games played on the Saturday of both Rounds 7 and 8, with the AFL opting not to schedule any Thursday night matches for those two rounds.

The league said it would likely schedule Thursday night games for later rounds, but would have to consider factors like shortened breaks for players.

The AFL said it’ll aim to release Rounds 9 and 10 fixtures after Round 5 has been completed.

ROUND 7 (all times AEST)

ROUND 8 (all times AEST)