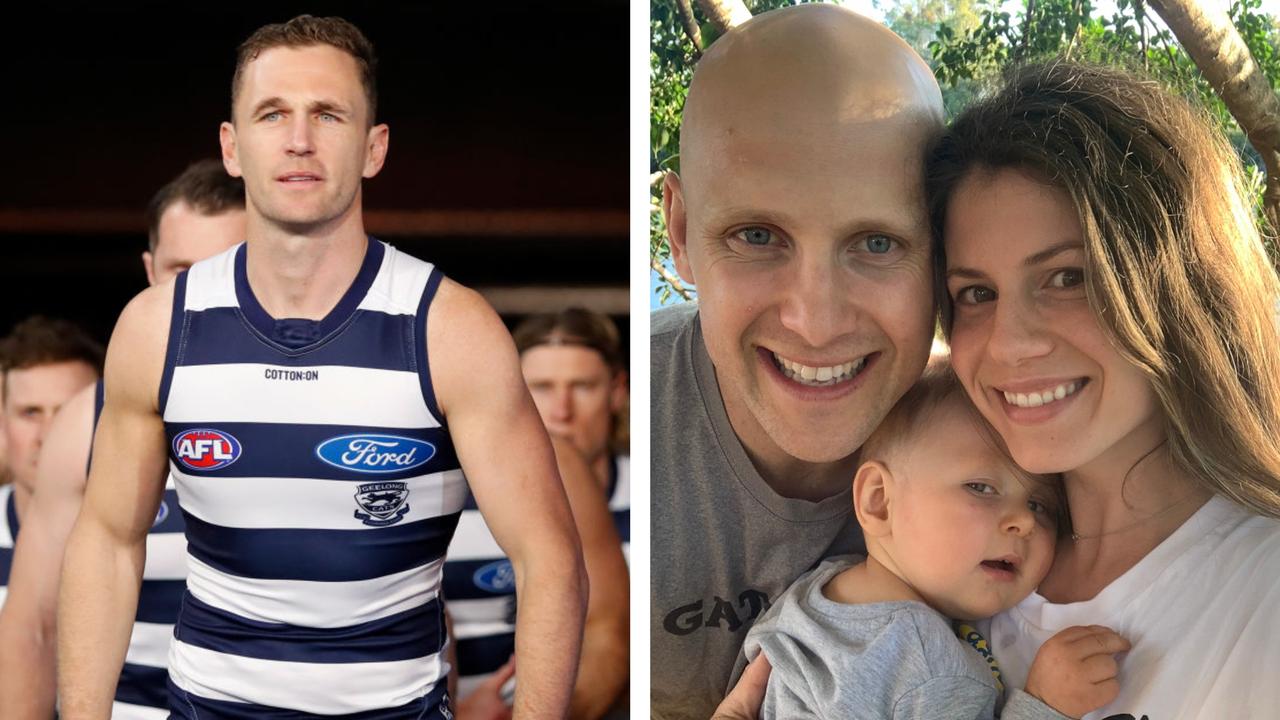 Footy fans will be treated to seeing yet another Ablett run out on Grand Final day on Saturday, although this time it’ll be special for different reasons.

Gary Ablett Jr’s son Levi will run out with Geelong skipper Joel Selwood and the rest of the Cats players ahead the decider against Sydney in front out of a full house at the MCG.

The three-year old Levi was diagnosed with a rare degenerative illness at birth that Ablett Jr and partner Jordan have previously described as having a “very short life expectancy”.

“I’ll let you in on a little secret, his son’s going to run out with me tomorrow which is pretty special,” Selwood said SEN WA’s Gilly & Goss for Breakfast.

“I think it’s only fair that an Ablett is performing on Grand Final day and it’s Gaz’s turn to cheer on his little son. That’ll be pretty special for the Ablett family but also the Geelong faithful.”

It comes after Ablett Jr and Levi took the field together at Gold Coast’s Metricon Stadium last month.

Levi’s dad and grandfather are no strangers to the AFL’s marquee match, combining to play in eight grand finals from 1989 to 2020.

Ablett Jr is set to make a more official return to the footy field in November for NTFL side Palmerston Football Club.