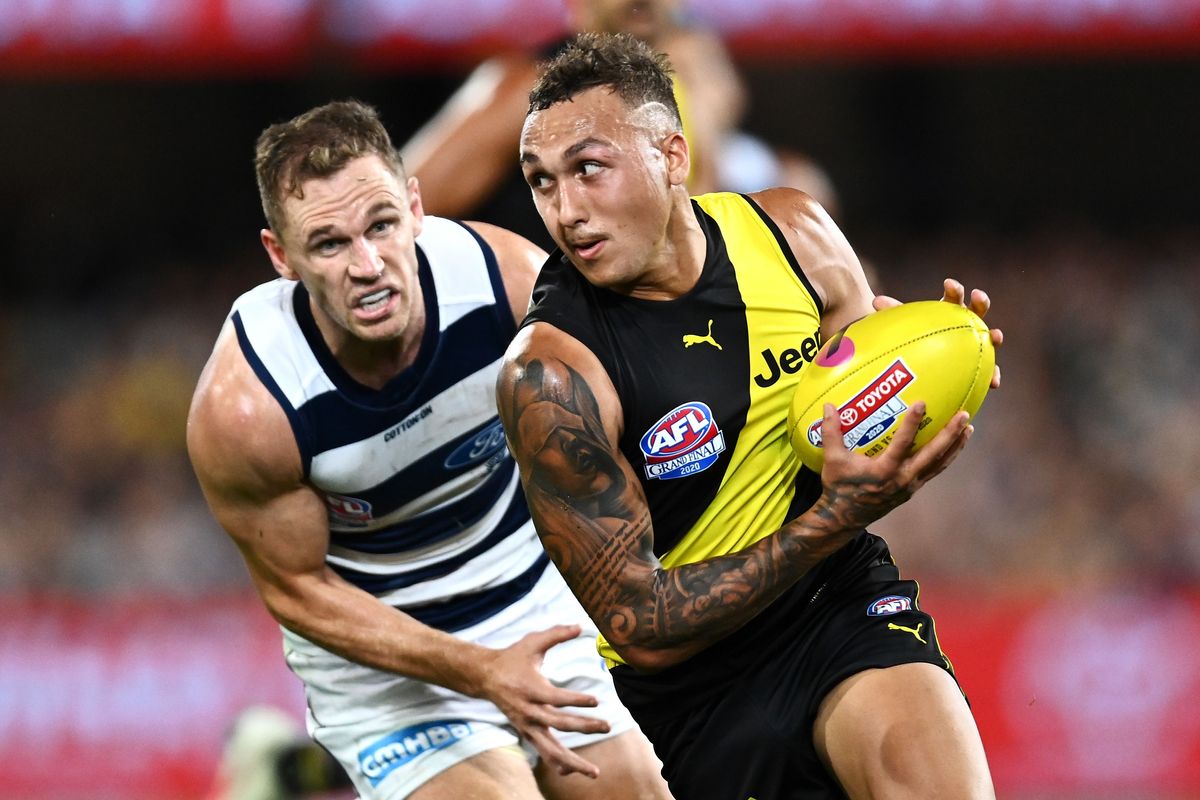 THE 2020 Grand Final re-match has been locked in as a Friday night blockbuster at the MCG.

Reigning premiers Richmond will play last year’s runners-up Geelong in round eight on May 7 as part of the latest fixture release announced on Thursday.

The date with the Cats will be the Tigers’ fourth primetime match in five weeks after also being scheduled to host the Western Bulldogs in round seven at the MCG on Friday April 30.

>> SCROLL DOWN FOR FULL FIXTURE

The first Western Derby will take place on Sunday afternoon in round seven, while the first Showdown has been booked in for round eight on Saturday May 8 at 7.10pm local time at the Adelaide Oval.

Pending a successful return from injury, Melbourne recruit Ben Brown will play his former club North Melbourne for the first time in his home state of Tasmania at Hobart’s Blundstone Arena on Sunday, May 2 at 1.10pm

Carlton speedster Adam Saad will also play old side Essendon in round seven at the MCG on Sunday May 2 at 3.20pm.

Sydney’s hot start to the year has been rewarded with back-to-back free-to-air games as part of the latest two-week fixture block.

New Roo Jaidyn Stephenson will meet Collingwood for the first time since his high-profile trade in the round eight Saturday twilight fixture slot at 4.35pm at Marvel Stadium.

There are no Thursday games in round seven or eight but the AFL says the Thursday night timeslot will get another run, however, it will be assessed and there are many factors to consider, including giving players a six-day break so they have enough time to recover between games.

A top six has emerged in the AFL pecking order, then a muddled mess: Power Rankings

The Magpies are in ‘no man’s land’ and their electorate is ‘very stressed’. Now Nathan Buckley must pull these ‘levers’